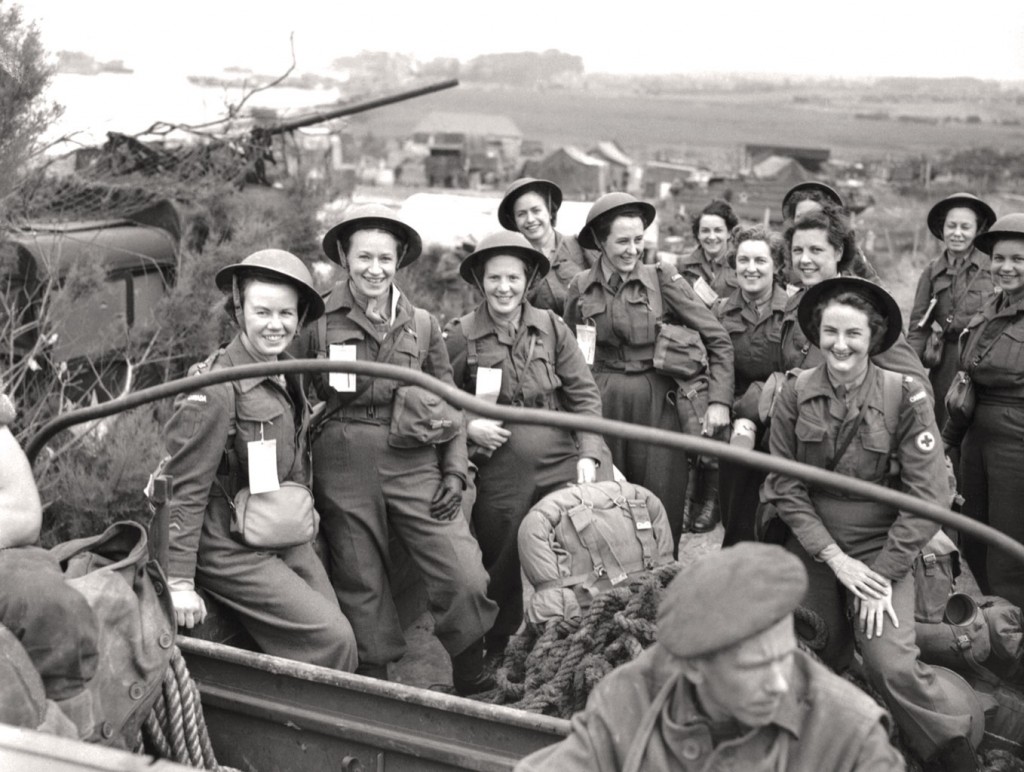 This heroic nurse Lily Mc Nicholas was born on 16th October 1909 in Kiltimagh, Co. Mayo; one of ten children. Her parents were Thomas and Bridget. Her family owned a Bakery that had been in the family since 1860. She attended the St. Louis school in the town.

Lily Mc Nicholas emigrated during the 1930’s to study nursing in England. From within her nursing role she was promoted to Sister. She also enlisted in the war effort by becoming a reserve within Queen Alexandra’s Imperial Military Nursing Service. Sister Mc Nicholas following her harrowing experience at sea also after her convalescence continued with her nursing career in postings to London, Bombay and also Egypt. During 1947 she moved to Chicago to work in a hospital, she later became a nurse attached to the International Harvester.

Sister Lily Mc Nicholas was on board the MV Amsterdam, a hospital ship returning to Great Britain from Juno Beach with military causalities when the ship was torpedoed off the Normandy Coast on 7th August 1944. She along with her colleagues assisted the wounded to lifeboats. She herself gave up a place in a water ambulance to escort her patients to the deck from her ward. When she escaped the capsized ship she rendered assistance, regardless of her own safety as she was unable to swim, thus she saved many wounded. Among those lost, 55 patients, 10 R.A.M.C. staff, 30 crew members plus 11 P.O.W. included also her best friend. When eventually Sister Mc Nicholas along with other survivors were picked up by an American cutter she continued to care for all the injured thought she was ill herself. When she was recognized for her efforts Sister Mc Nicholas did not attend her Investiture at Buckingham Palace. Instead she travelled to see the parents of her friend in Scotland.

Sister Mc Nicholas retired from nursing during 1976.  She died at a Residential nursing home – Oak Lawn – in Chicago aged 87 years on 5th March 1998. Her funeral mass was held at the Catholic Church on 4240 W. 98 TH St. Oak Lawn. She was survived by her sisters Kathleen Madigan Chicago and Sr. Mochua of St. Louis Convent Kiltimagh.

Sister Lily Mc Nicholas’s family donated memorabilia including her life jacket to the Kiltimagh Railway Museum during 1989. She has been remembered by relations as a feisty woman who spoke Hindi, she would quote Shakespeare.

Her bravery was rewarded with the conferring of The Order of the British Empire by King George VI in 1944. This announcement appeared in “The London Gazette”; (It detailed the recipients including Sister Lily Mc. Nicholas) St. James’s Palace S.W.1.The KING has been graciously pleased to give orders for the following appointments to the Most Excellent Order of the British Empire, in recognition of gallant conduct in carrying out hazardous work in a very brave manner; – Sister Miss Lily Mc Nicholas (246129), Queen Alexandra’s Imperial Military Nursing Service Reserve (Kiltimagh, Eire).