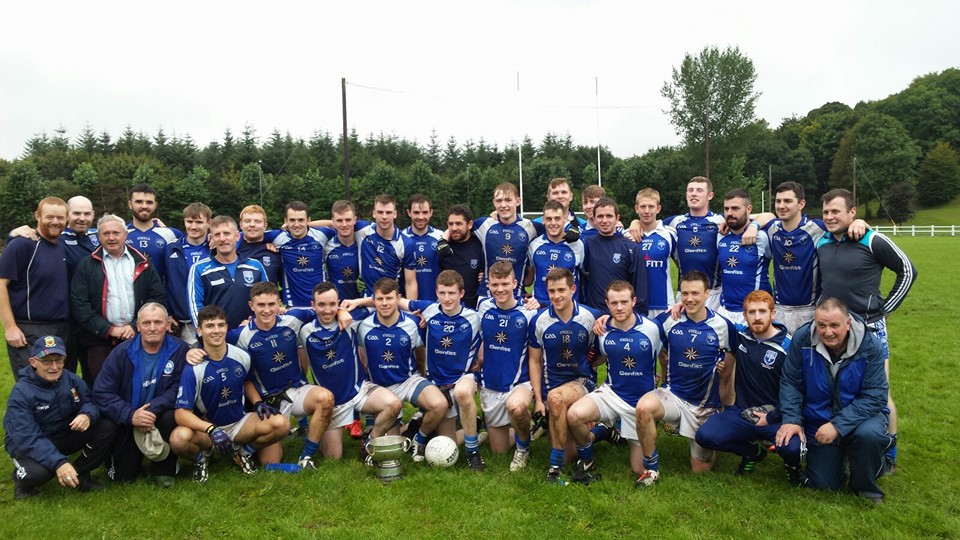 In 1887 three years after the foundation of the GAA, a club under the name of ‘O’Donnell Abu’s’ was established in the town but there is very little known of its activities or personnel until 1910 when the club was reformed under the Chairmanship of Sean T. Ruane. The club adapted the name Kiltimagh Davitts and meetings were held in Ruane’s (beside Gilmartin’s old Cash and Carry). In 1914 they had their first taste of success, winning the County Junior C’ship. They won the Junior title again in 1917 and in the same year the club was reformed under the name Kiltimagh Plunketts. Two years later the Juniors were County Champions again.

The 1920’s brought little success on the playing field and little is known of their activities during this period. Things changed dramatically in the 30’s and the club won their fourth County Junior C’ship in 1932 and the following year had a great victory in the Intermediate C’ship with further junior titles being annexed in 1936 and 1939. The victorious 1933 team, aggrieved at having no representation on the Mayo Senior team issued them a challenge, which was refused. In 1936 Johnny Carroll won a National League medal with Mayo.

The next 30 years were to prove a lean period for the club and in the early 60’s the frustration borne out of years of disappointment resulted in a major drive to develop underage football. This effort was to result in a golden era for the club from 1967 to 1971 when Kiltimagh teams captured six county titles. In 1967 they won their first Junior title in 28 years and also the first of a three in a row of County U-16 titles. They also won the inaugral U-21 C’’hip in 1970 and the following year the Minors (U-18) won their first county title. This great run of success laid the foundation for one of the club’s greatest triumphs – the Intermediate C’ship success in 1978.

There was to be no success at county level in the 1980’s but underage teams had some notable success at East Mayo level and this culminated in the winning of the County Minor Championship in 1990. A year earlier the U-12 team had won the County ‘B’ title.

The first record of GAA activities in Kiltimagh is a reference to a game played at the Racecourse in Claremorris in 1884 between Milltown and Kiltimagh. The reference to this game is recorded in the Galway Centenary Book in 1984. However, it is generally accepted that football was played on a regular basis in the area, usually between teams from the different villages. In 1888 a meeting was called to form a GAA club in the town. The meeting was organised by James Regan. The 1930s heralded a very successful period with the winning of the Junior Championship in 1932 and Intermediate Championship in1933. However, in 1934 and 1935, the club failed to take part in the championship and several of its players played with Balla. The club became active again in 1936 and won the Junior title and reached the county semi-final the following year. In 1938 they again annexed the Junior title and so completed a decade of achievement.

Success on the field of play eluded the club during the 40s and there are very limited records available. During this period the Kiltimagh Young Men’s Society was very active in the town and it would appear that most of the energy of the young men of the parish was channelled through this society. During the 50’s the only success on the field of play was in 1955 when they got to the junior final, only to be narrowly beaten by a great Crossmolina team. A member of that Crossmolina team was Dr Michael Lostus who was elected President of the GAA in 1984.

Following years of frustration on the football field a major effort was made in the mid 60’s to improve the standard of football by running underage parish leagues, coaching in the schools, etc. This policy paid off handsomely with three consecutive Juvenile county titles in 1967/68/69.

In 1970 the U-21 championship was introduced and was won by Kiltimagh. The minors also reached the county final that year and went on to win the county title the following year for the first time. It was players from those successful underage teams that formed the backbone of the team that won the Intermediate Championship in 1978.

The biggest challenge the club faced down through the years was the provision of proper playing facilities. The games were all played in the Town Park. Through the early years of the club, trojan efforts were made to develop what was a cutaway bog and once the town dump. The big problem was that the Pollagh River frequently burst its banks and made the pitch unplayable.

Faced with a degree of uncertainty about the long-promised Moy Drainage Scheme, several attempts were made to acquire an alternative ground but all failed. The Moy Drainage Scheme finally started in the early 60’s and the club bought the Town Park in 1967 for Â£100 from the Towns Development Committee. Work immediately started on the drainage, levelling, seeding, fencing, and the building of dressing rooms. The work (a lot of which was done on a voluntary basis) was ongoing for several years. Finally on Easter Sunday 1976 it was officially opened with a challenge game between Mayo and Sligo and named Gilmartin Park in memory of the late Joseph Gilmartin who had been treasurer of the club from 1962 to 1967.

In the 80’s the club continued to progress on the field of play with a lot of effort being put into underage. They won a number of East Mayo titles at Under 12/14/16 and minor and were defeated in the County Minor final in 1989. Several of those players were members of the team that won the Minor title in 1990. During these years a lot of developments took place in Gilmartin Park. A stand and dugouts were built, the playing area was levelled and a new drainage system put in place and re-seeded. A new fence was also erected around the pitch.

In the 90s the club was catering for very big numbers and it was decided to acquire extra land and develop a second pitch. This was successfully done and new dressing rooms were also built. No doubt, the highlight of this period was in 1997 when they reached the County Senior final for the first time but were narrowly defeated by a great Knockmore team.

There was a great start to the new millennium when they won the Intermediate in 2001 and in 2005 the County U-14A title for the first time. A new training ground was also developed and floodlights put in place. In 2002, Bord na nÃ“g was set up and great work is being done in ensuring that all the children of the area are given the opportunity to play Gaelic games. In 2005 a ladies’ club was formed and had immediate success winning a county title.

The club now has its own clubrooms at Gilmartin Park which was nearly all done with voluntary labour. The officers and members have a very progressive outlook and have some of the best facilities in the county. At the 2006 AGM plans for further developments were agreed which include new dressing-rooms, ladies’ and gents’ toilets, extension of the training area, flood-lights around main pitch and a gym.

The senior team was demoted from the County Senior Championship in 2006 but in 2007 they almost bounced straight back up, losing out only at the final hurdle. In a tight final, Kiltimagh lost by a point to Ballintubber, the winning score coming in the 8th minute of injury time.

Worse was to follow in 2008 and a dismal run in the championship saw the club relegated down to the junior ranks for the first time in 41 years. However, out of that despair was to come one of the most exciting chapters in the club’s history. In February 2009, Mick Regan, Martin McCaffrey and Brian Cunningham took over the running of the Club’s senior team. There was a steely determination from the outset to get out of the junior level at the first attempt. That target was achieved when the Club listed the Pete McDonnell Cup in October. However, better was to follow. A month later, aster a titanic struggle with Spiddal, the Club were crowned Connacht Junior Champions and dared to dream of a day in Croke Park. At the end of January 2010, a tremendous performance against Emyvale of Monaghan saw that dream become a reality and Mick Regan and the lads led the team out on to the hallowed turf of Croke Park on the 14th February 2010. The opposition were Castlegregory of Kerry. With time almost up, leading by 2 points and the Kiltimagh team playing the better of the two, Castlegregory scored a fortunate goal. Kiltimagh, though, equalised and took the game to extra time only to run out of steam at the death, having given their all or 80 minutes.

Kiltimagh players who have played for Mayo 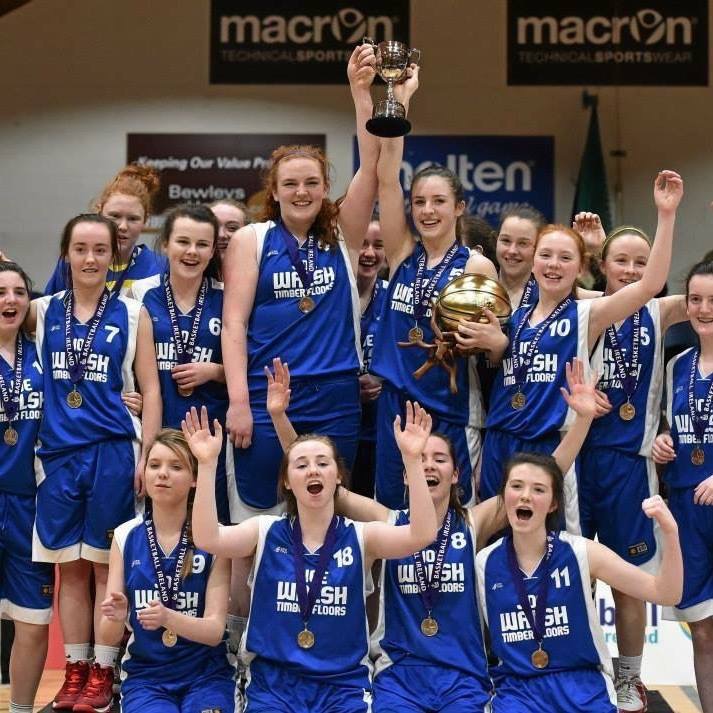 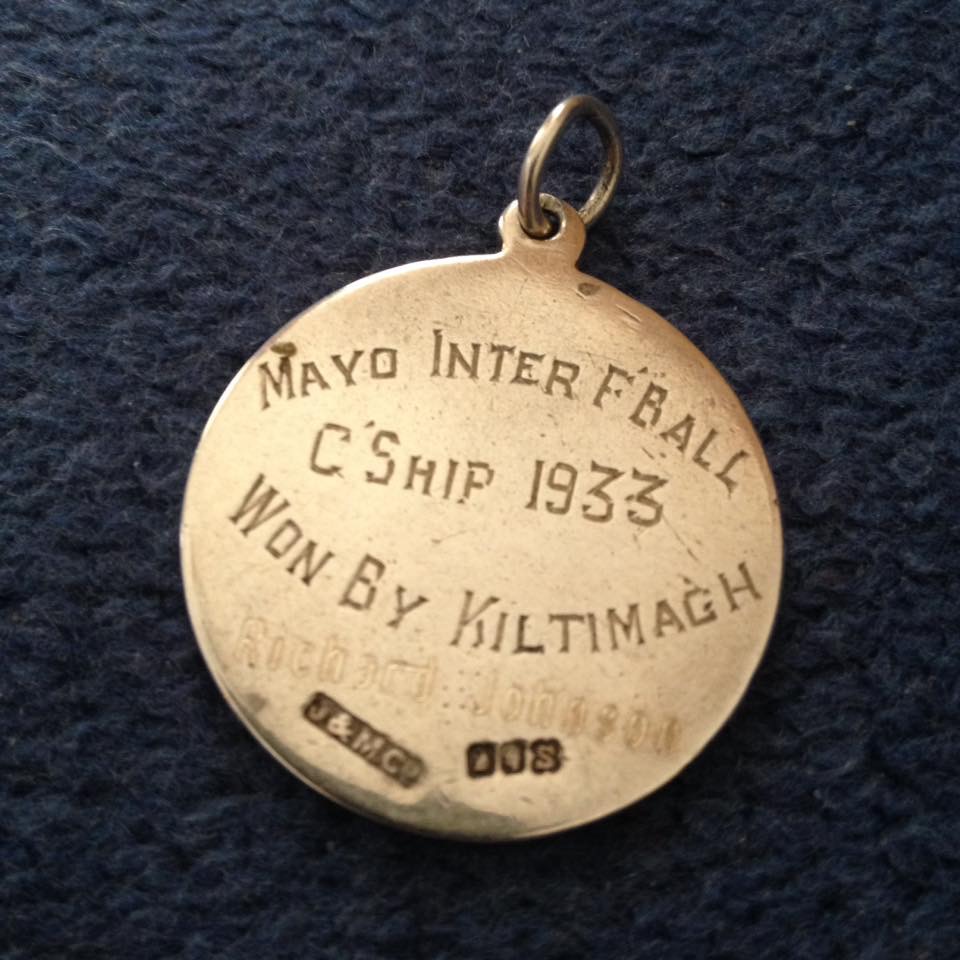 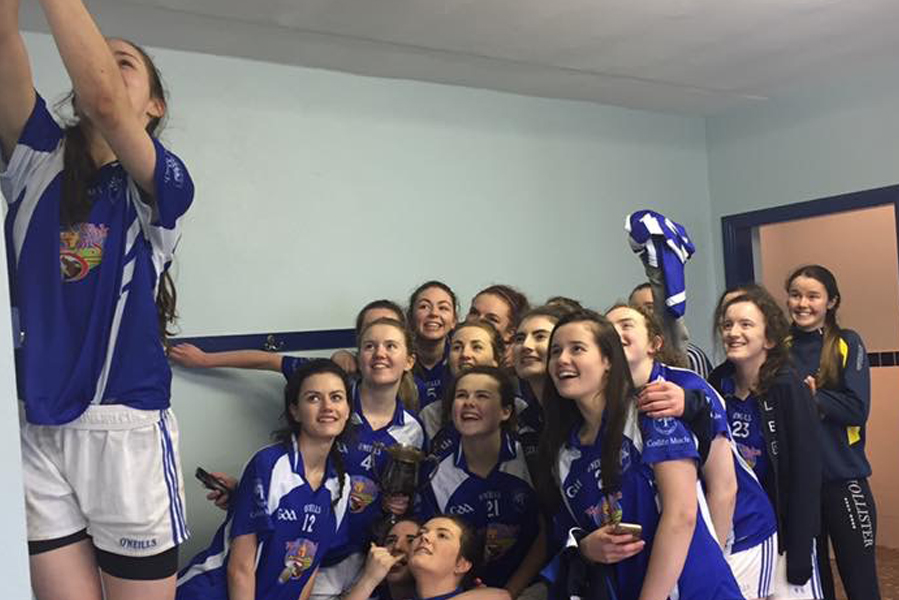 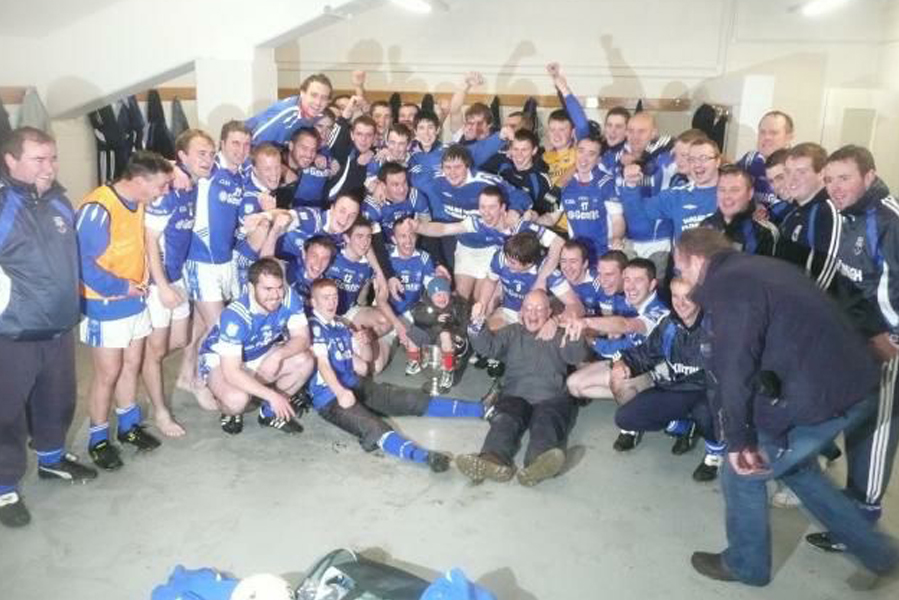 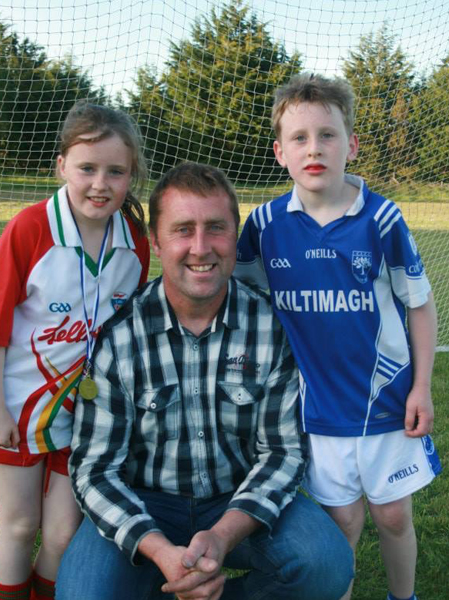