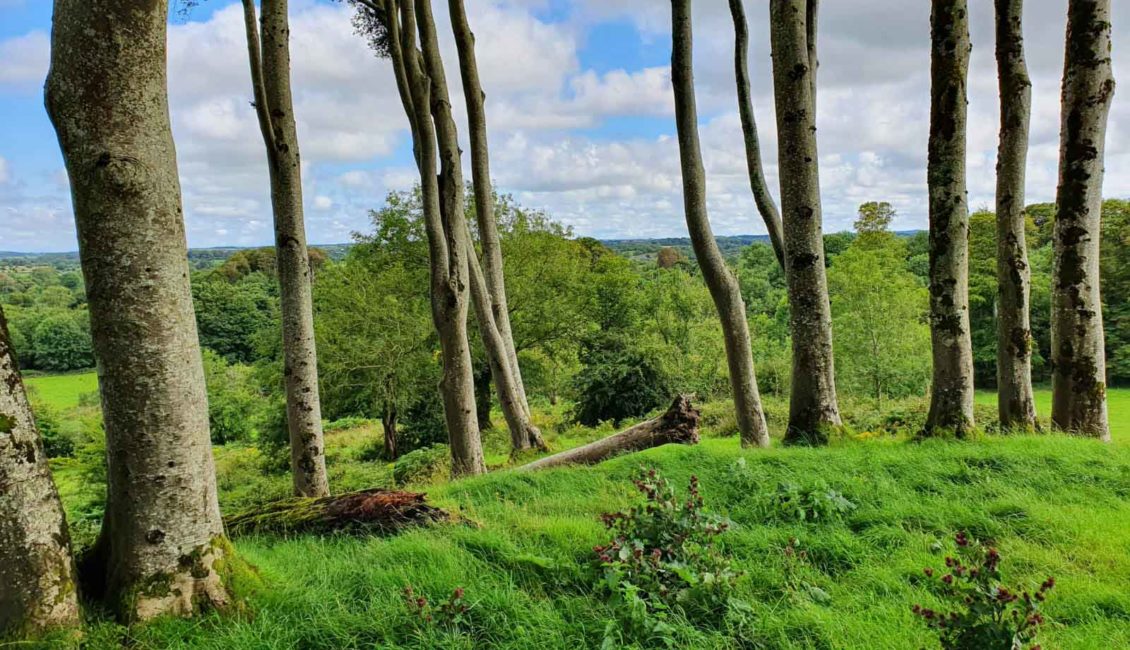 The High Fort, or Lios Ard and Ard Roi as it is known locally, is easily recognized by its line of beech trees which enable it to be seen from all access roads.

It is located on the summit of a hill and this, together with its name, Ard Roi. Indicates that it was once the property of an important chieftain.

At the foot of the High Fort lies the hearthstone of what was once the home of Raftery, the blind 19th century folk poet.

Raftery’s poetry was never written down and, with the help of Lady Gregory and Lottie MacManus, Douglas Hyde collected and published his poetry at the turn of the 20th century. He is celebrated locally for his poem in praise of his native place, Cill Aodain, which he described as a land of milk and honey: