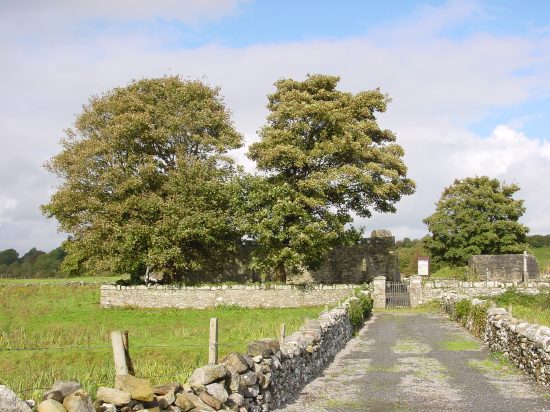 Killedan graveyard is located about two miles from Kiltimagh.

Both the 8th century cell and 12th century parish church (originally thatched) were restored in 1992, incorporating the original stone where possible. A prototype of the original cell was built by the then parish priest, Thaddeus O Flaherty, in 1779 and houses the remains of a 13th century coffin tombstone. Mass is celebrated here annually at the end of July.