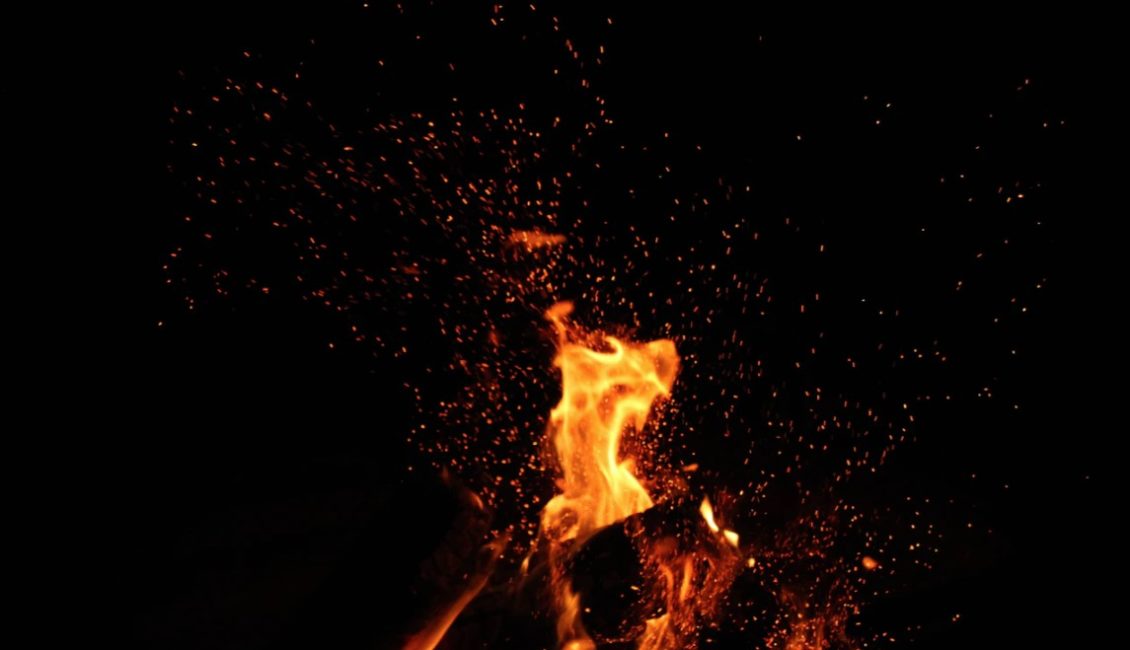 I suppose you could say that my association with fire fighting in Kiltimagh began when I wasn’t yet two years of age. You see I was, as my late mother always told me, born on the same day as Patrick Ruane, the youngest child of the Ruane family, who was thrown to safety by his aunt from the burning house, while his parents, brothers and sister perished.

Since I was old enough to understand the implications of that awful event, I have, as you can appreciate, become emotionally involved with the happenings of that early morning tragedy. Also, being a fireman for forty years in the town of Kiltimagh, I’m deeply saddened to think what could have been done to save the lives of those people, had a fire fighting unit been in place in the town at that time.

I think, therefore, that it is appropriate that I start my story in mid May in the year 1944, which was the eve of Ascension Thursday. The weather was fine. The war was still in full fury in Europe, but in spite of that, the people of Kiltimagh and the surrounding area looked forward to a good summer and hoped that the war and rationing would soon come to and end.

Some country people were in town, taking time off from the busy farm work. They left their carts along the sides of Main Street, tying their horses or donkeys to the big iron rings embedded in the concrete of the footpath. They were doing their shopping in the big multi-purpose shops that were typical of Kiltimagh at that time. Some took advantage of the occasion to go to confessions. They were held from seven to eight o’clock. Already there was a steady trickle of people making their way to the Parish Church.

Ruane’s shop, owned by Mattie Ruane and his wife, was quite busy on this particular evening. It was well located for trade, being in the centre of town, along the main street. It was a public house, a grocery shop and a shoe shop. It also had supplies for the farmer. There were extensive living quarters upstairs and to the back of the premises, to cater for the extended family and three employees.

The evening wore on and the country people dispersed. For others the night was still young. Members of the Kiltimagh Band were having a practice in the Town Hall. They were preparing for the big annual dance, in aid of the band, to be held on the following night. It was after midnight when most band members left the Town Hall. It was close to 1.30 am, however, when Liam McDonagh, Mattie Ruana and Michael Stritch headed home, having stopped for a brief chat at Dominick Murtagh’s corner. All was quiet and the people of Kiltimagh slept.

At about 4.30 am there was great commotion out on the street. The noise and shouting awakened the residents from their slumber : Ruane’s premises were on fire. People dressed quickly and ventured onto the street where a small group had gathered outside the shop. They watched the bright glow of fire in every window and the black billowing smoke ascending in the cool air of the early dawn.

A great sense of helplessness and fear pervaded the scene. People questioned the whereabouts of the Ruanes and their employees. Some thought that they had got out of the house and were sheltering in other homes on the street.

By now the crowd on the street grew bigger, joined by members of the Gardai and the Local Defence Force. The noise of cracking glass, crackling timber, expanding slates and the exploding bottles of spirits filled the air – a frightening cacophony of sound.

In the absence of trained fire fighting personnel and equipment, the young men of the town decided to act. John Kelly and Bill Keegan who lived across the street, procured a ladder and broke in a window to Mr. Ruana’s bedroom, but they were unable to enter, however, being driven back by choking black smoke. Meanwhile, at the rear of the house, Jack Benson, Patrick Dempsey, the Walsh brothers – Paddy, John Joe and Jerry got on to a flat roof, but they, too, were unable to enter because of the intense heat and smoke which seemed to be worse on this side of the premises. But Michael Meenaghan, with a hatchet was able to cut the rafters, thus preventing the fire from spreading to adjoining buildings.

On first hearing the cry of ‘Fire’ Mrs. John Kelly, the postmistress, who lived almost directly across the road from the burning building, phoned the fire brigade, in Westport, Then, bare footed, she rushed out with blankets. She saw Margaret Byrne drop Patrick Ruana, her two-years-old nephew, from a top storey window. The child was caught unharmed by Andrew Ruane. Then the blanket was held for Margaret to jump. She jumped, but made contact with telephone wires as she descended. She was injured in the fall, and had to be rushed to Castlebar Hospital for treatment.

At around this time, also, Michael Stritch was seen on the flat root of the house, at the rear. It was said that he aroused residents of Gilmartin’s, next door.He then re entered the house so that he could save others. Sadly, he was not seen alive again.

At 6.20 am, the Westport Fire Brigade, under Officer-in-Charge, H.Coffey, arrived, but by then the fire had done its worst. The firemen set to work to quench the flames and to try to access the building. Within twenty minutes they had no water; they had pumped the reservoir dry. The water works system built by Fr. Denis O’Hara at the turn of the century and gravity fed to the town from a source high up on the slopes of Sliabh Horn, was inadequate for the needs of the town and totally inadequate for providing water pressure to deal with the raging inferno. Water now had to be procured from the river at Pollagh Bridge, about a half a mile from the town. This was done y sending a lorry to the river and filling barrels of water. These barrels were brought to the scene, and then the water was applied by buckets onto the burning building.

After some time, the flames subsided and the roof of the building collapsed, leaving only the stout stonewalls in place. Volunteers entered the building in search of the victims. Soon they found them. All were quite unrecognisable amidst the debris and ash. Fr. McGrath CC administered conditional absolution at the site.

In all eight lives were lost: Mr. and Mrs. Ruane, their three young children and their three employees. This was the same number that perished in the great fire of London, in 1666. It was the single greatest tragedy to befall the Kiltimagh community. Its rippling effects extended outward to the rest of the country and the entire nation.

Every day many people drive by or walk past the site of the tragedy on Main Street. The site is now walled up and the shell of the building is visible inside. Time may have wiped out evidence of the fire, but it has not erased the memory of that awful event from the minds of those who witnessed it on that early May morning sixty years ago.