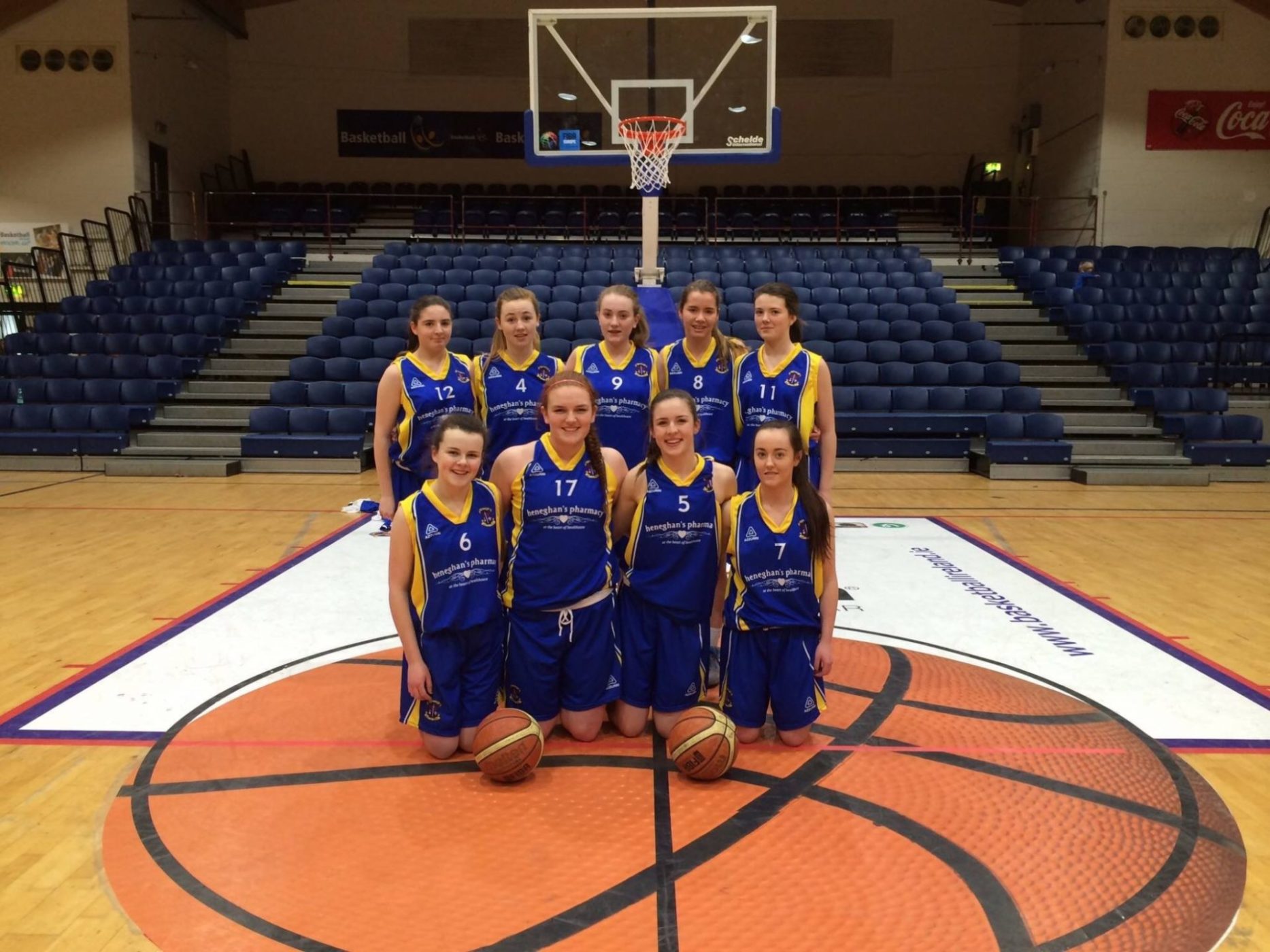 St Louis Community School has a long and proud tradition in basketball down the years but it was not until 2002 that Kiltimagh Giants basketball club was founded. The club, which has thrived since its formation, caters for boys and girls aged 8 to 16 years.

Backboned by Irish internationals Dayna Finn and Maggie Byrne, St. Louis Community School, Kiltimagh, were in a different class to their opponents from Tralee to claim the All-Ireland Under 16 B championship title at the National Basketball Arena in Tallaght yesterday evening.

Finn ended up claiming the MVP award, with the top scorer on 25 points, and not far behind was Byrne, who came in with 17 in what was a juggernaut display by a team that has developed from underage through the Kiltimagh Giants Club.

Kiltimagh, always strong under the boards, imposed themselves from the first quarter, with Finn’s court awareness and fast breaking setting up the scores. As the game wore on Finn began to dominate, running the floor and putting away every lay-up she went for.

The Kerry girls were really outgunned by a team that combined well, the game effectively over by the end of the second quarter.