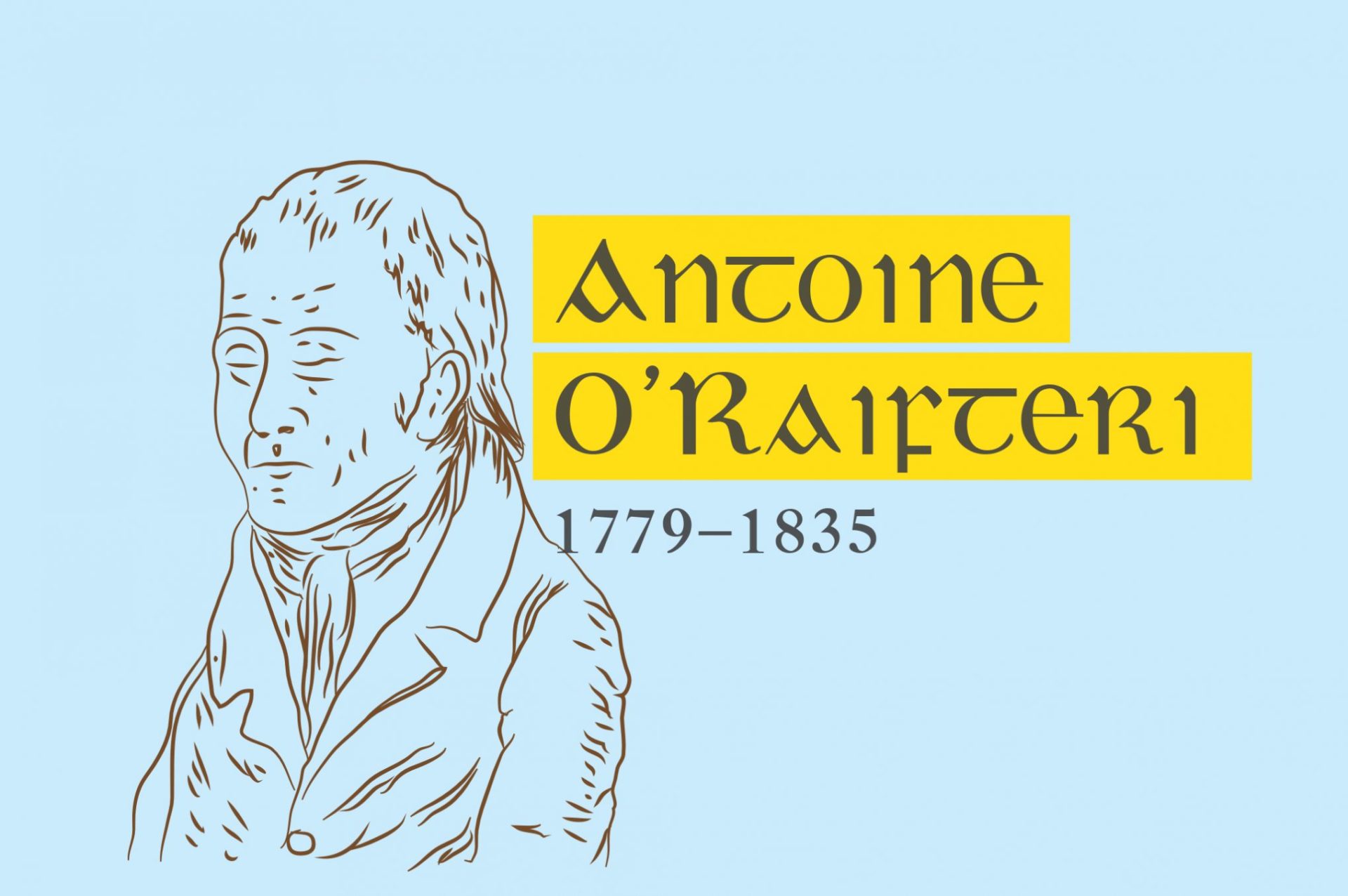 Anthony Raftery was born in Killedan in 1779 or 1784, the son of a weaver. He was blinded by small pox while very young and is said to have worked as a stable boy for the landlord, Frank Taaffe. While he had no formal education, Frank Taaffe’s brother, James, known locally as Friar Taaffe, was said to have taken an interest in teaching him.

Raftery was said to have been banished, aster a dispute with the landlord. For years he moved between Tuam, Gort and Craughwell, where he died in 1835. He is known to have attended hedge schools all over County Galway and built up a formidable reputation as a People’s Poet. He was partial to such beauties as Breegeen Vesey and Máire Ni hEidhín, which Yeats translated into English.

Raftery wrote poems about the ‘Whiteboys’, a secret society of the time. For this he was charged with sedition at Galway Assizes. Although he didn’t always see eye to eye with the Church, his Altharraidh Raisteirí is a very moving, religious poem. He is best known locally for his idyllic poem about Killedan which he describes as a land of milk and honey:

Killedan, the land where everything grows There’s an abundance of blackberries and all that is good And if I were standing in the midst of my people Age would fall from me and I’d be young once more. None of Raftery’s poems were written down. Douglas Hyde, with the help of Lady Gregory in Galway and Thady Conlon in Killedan collected and translated them into English around the turn of the century.